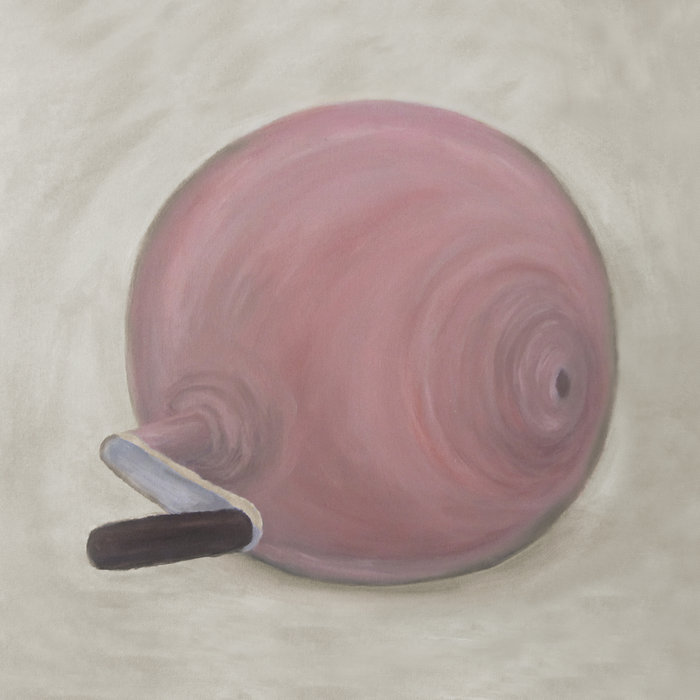 Either way they sound like nothing you have ever heard before. The perfect mixture of chaotic abandon and complete control. The bonfire and the bunsen burner. Space rock, free jazz, afro-beat and probably some other stuff all colliding together in the musical particle accelerator known as The Ägg.

The predetermined use of the entire sound fabric in parallel instead of the random wavelike patterns proposed elsewhere (see Raymond Strid 05) is a relevant working feature of The ¸gg. Blocks are grouped together in clusters of three with one block being the pattern generator (David Stackenäs, Anton Toorell and Linus Hillborg), one being the block undertest (Patric Thorman, Joe Williamson and Vilhelm Bromander), and the last being the output response analyzer (Ola Hultgren, Erik Carlsson and Christopher Cantillo). The clusters are regrouped three times such that each block is configured as a defect-free auditory response. The resulting 1`s or 0`s, which can be checked with a simple AND or OR gate (see John Lindblom 28).

How this done is not clear since operating voltages are much less than programming voltages. Because the decoder used to address nanowires from microwires in the signal generating channels is stochastically built, it is not known a priori which sound sources are working. All possible sounds must be tested to see if they can configure a cross point. First the row output microwires are all turned on so that if any column is energized by a particular sound source it will be detected. Once the column sources are discovered, then the row sounds can be discovered with the known column. This is accomplished by first configuring the crosspoint junctions for the known column sound sources. Any source that produces a high output is a working source. Note that every row sound source has to be checked against every known column source as it can't be assumed that all crosspoints are functional. A source may not function because it does not exist. One drawback for stochastic sourcing is that the working sources have to be stored. For the nanoscale memory, this will require its storage of a monolithic memory of the fault tolerance techniques and a crosspoint sound generator that can handle both defects and transient faults. This is accomplished mostly through aural redundancy. This approach means that sounds are characterized on a statistical level instead of specifically mapped. In other words, for a given technique, it is known that a given percentage of sounds can be mitigated whenever they may occur. The synthesis involved at this stage is a general step that takes and converts the logic gates to an interconnection of multiplexers as opposed to generic implementation not targeted towards any components that ar available in the sound target.

The basic element of the three input functions, the area will of the generator will be larger than necessary. The main difference will be customizing to logic resources to closely resemble the structures necessary in the elimination of sound current channel leakage. While related this differs to sub-threshold leakage of the sound molecules along the path of the primary sound source. Prolonged scaling can reduce the thickness of the sound particle with in turn can also result in sub-threshold and sound current channel leakage and in some cases complete elimination.

Triple Modular Wave Redundancy is a technique where each computational unit of each sound is duplicated three times, run in parallel, and the outputs are routed through dedicated circuitry to determine the correct output. To achieve the placement of the relevant sound algorithm in a given crosspoint it is necessary to instigate simulated soundwave annealing, which is inspired from metallurgical annealing. The idea is is to slowly cool the material so that crystals (which represent the lowest energy state) can form. In order for this to occur, the sound molecules must gain energy in the form of heat to escape from their local minimum configuration. In placement, this equates to accepting some blocks that actually make the signalplacement inaudible.

The first step of simulated soundwave annealing is to create a random feasible placement. The next step is to swap two random blocks of the sound source circuit. The unique feature of the annealing is that along with accepting the sounds, a certain percentage of nonsounds are accepted within the totality. The rate at which the sounds are accepted within the working model of The ¸gg is a function of the temperature and the reliabilty and consistancy of the input and output relations.

Tilting Converter is the label of Patric Thorman and Joe Williamson.

Bandcamp Daily  your guide to the world of Bandcamp

New sounds from Mavi, Ivy Sole & Moderator, plus AJ, the One joins the show, for her latest release